Our showroom has been mega busy this week - arrange your exclusive covid-secure VIP appointment with Chelsea!

Nick has been making a name for himself in the world of Eventing from his family yard near Burford, Oxfordshire. Team Lucey is a professionally run yard with a relaxed feel. He has an ever growing string of talented horses ranging from unbroken 3YOs to 5* horses and everything else in between. Proud Courage was the first horse to put Nick on the map, with an excellent string of results at 4*s and two 5* completions.

The plan this spring had been to take two horses to Badminton, Kroon Leader and Proud Courage. The plan will now be to redirect these two horses to another 5* in the Autumn, looking at either Burghley or Pau depending on when kick off happens again. Kroon Leader is looking to be a hugely exciting horse qualifying for Badminton as a 9YO so the team are very excited to get him to his first 5* in the not too distant future. 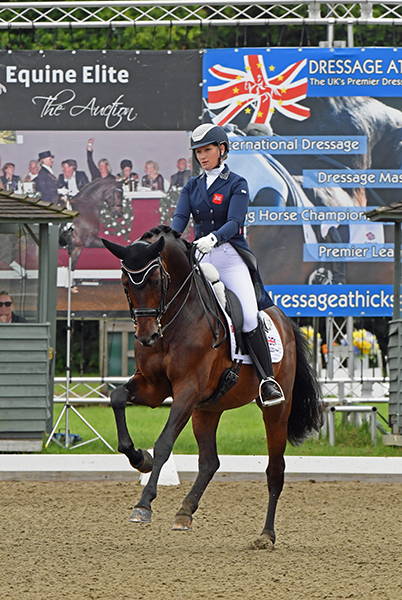 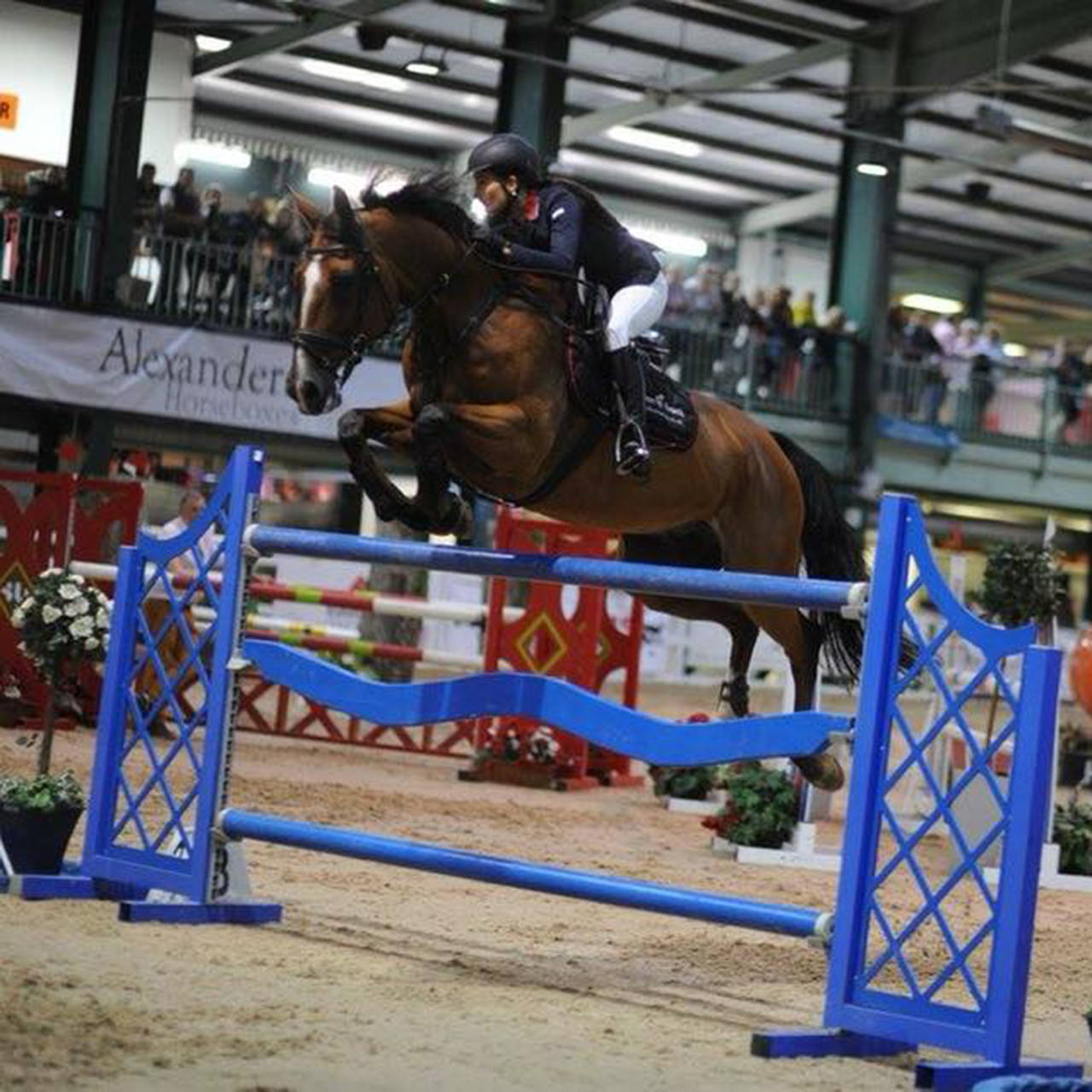 Chloe is the grand daughter / daughter of Britain’s most successful show jumping legends, Harvey and Robert Smith. She is competing at junior level. Jumping up to 1.50 level national and international. She was on two European Nations Cup Teams and has also successfully competed internationally for the last 3 years.

She has won the ladies Grand Prix in Eschwiler and also had success in shows like Lummen, Kapellin, Olivia, Hagen, Deauville and the Mediterranean tour. She is one to watch for the future.

Group lessons are available up to 1.40 level.

Choice of indoor,outdoor and grass arena.
Can travel out to you.
Stop over also available for multiple lessons or long distance travellers.

22 year old Jenna has recently returned from Europe working for both Helena Stormann and Dirk Ahlmann - giving her an amazing grounding in producing horses she is now based at home producing two lovely 6yos, ‘ILord’ (18hh gelding) and ‘Neranja’ (mare).

Her plans for them for 2020 are age classes, aimed for Bolesworth and Lanaken - newcomers and Foxhunter second rounds. She also have the ride on the exciting 9yo mare Musicmaker, owned by Helen Wells.

Jenna is looking to fly the CE equestrian flag abroad in 2020 with a small but wonderful team of horses.

Based at home at the family run livery yard. She has lots of horses offered for sale from unbroken 3yo to 1.40 horses. At home she offers sales and competition livery for all types of horses. She is also always looking for new owners to expand her team of horses. Her main achievements from the past few years are: - Pony Foxhunter Finalist 2016 - Royal International JC finalist 2016 - Winner Children on Horses @ Hickstead 2016 - Placed in top 10 in all four newcomer regionals in 2019 season - Double clear and 7th in Newcomer masters - Clear & 8th Bolesworth Under 25s.

Her goals for 2020 are the Foxhunter final, a young rider nations cup and some 2* Grand Prixs on her 9 year old home produced Reenmore Chatterbox.

“I am so proud to be a part of CE-Equestrian, I love everything they have in stock and I’m really looking forward to this fabulous brand supporting me towards all my goals for the season ahead”

6 year old Owen has two great ponies tatty desire and Woodbury's Harlequin a great stallion which he has the ride on. Owen joined BS in 2020 and has qualified 11 and under at the small pony premier shows and also gained his stepping stones qualification. Whilst competing BS he wants to continue doing some working hunter and cross country events. Go check out Owen on his facebook page below.

16 year old Elloise has recently moved off ponies onto horses. During her pony career she achieved all of her dreams and more competing at HOYS, Olympia, Liverpool and POYS. She won at POYS and was placed several times in European viewing trials as well as jumping for GB twice, at Sentower park and the Dutch youth festival. Her move to horses in the 202o season got off to a good start qualifying for newcomer and fox hunter regionals and the national 1.30 final as well as many placings in the 7yo classes at the sunshine tour with her two older horses both stepping up to 1.35m classes.

Elloise, like all our sponsored riders, is incredibly grateful for the support we give her and from our perspective we looking to watching her progress on horses this season.

Kent based 18 year old Cerys competes on her two horses Brian and Ryan. Jumping up to 1.20 with Brian including winning at Hickstead twice out of 100 over entrants, qualifying for the bronze league semi finals and winning the D&H amateur final. Her latest horse Ryan bought from the billy stud in 2019 is due to compete age classes post corona virus.

19 year old Allana has competed up to 1.50 and jumped at 2 European championships (silver/bronze), many nations cups teams, won at Olympia in 2017 and at Windsor in 2019. She has been fortunate to have competed at HOYS since she was 12 and we hope to see her there later this season - if Corona allows us! Allana's favourite horse is her 11yo Vykinbay (stable name Elmo) who is so kind, tries his heart out for her and has a huge character. Like everyone Allana's 2020 plans are pretty much on hold but did include a number of European competitions, fingers and hooves crossed we get to see Allana in the ring soon. 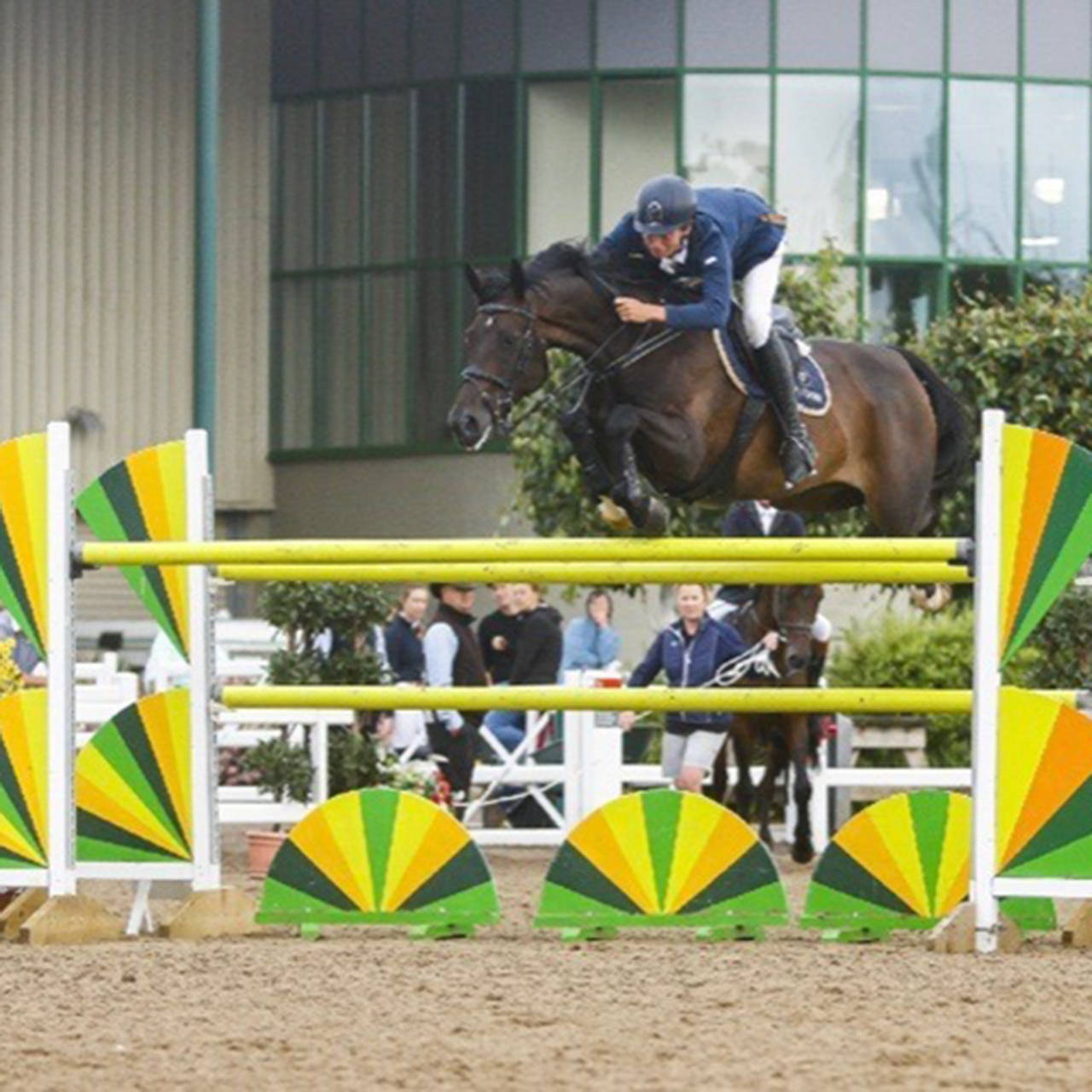 Joe started his competitive career at 11, undoubtedly influenced by his two-time Olympian father Rowland competing on various ponies with several qualifiers to both Hickstead and HOYS. Towards the end of 2016 Joe took up the sport professionally and is now based at his parents large competition and young horse production yard in Gloucestershire.

A homebred 9 year old is Joe’s current top horse – Calcourt Quicktime – with recent successes including winning the Grand Prix in Lamprechtshausen Austria. Winning the Foxhunter 2nd round and Talent Seekers at Bicton to qualify for HOYS. Winning the U25s at Bolesworth International. Finishing 2nd in the National Speed Horse championship and winning the 2* big tour at Chepstow International.

He attributes some of his success to his sponsors – “This sport is ever increasingly difficult, in both financial terms, and terms of success. The opportunity’s given by sponsors is paramount to the success of all the best riders in the world. I am delighted to be supported by sponsors such as CE Equestrian, access to all their range of products is really fantastic and a help to making a hard job, a little bit easier. I feel that any success of my own can reflect the quality of the team behind me, which includes CE Equestrian which I can’t recommend enough.”

Based in Derbyshire, 16 year old Jess competed in her first affiliated event in 2018 with this season qualifying for Scope, Blue Chip, Discovery final and winter JC - she has already started competing on horses and we are looking forward to watching her progress throughout 2020

10 year old Emily qualified for HOYS, Hickstead, Olympia and Liverpool this year and has been riding since she was 3 winning her first jumping class at 6. Emily's parents have recently bought a share in a very exciting 138 and are thoroughly looking forward to the new season. We look forward to watching Emily progress throughout 2020

Sophie is based at home in Warwickshire and started jumping affiliated in 2018. Only 14, she has qualified for Blue Chip, Scope and the Nationals in 2019 and wants to qualify for HOYS in 2020 on her new ride Laddie, not forgetting her pony of a lifetime Dolly, one of Chelsea's former rides.

Our sponsored riders work incredibly hard for us even during the middle of global pandemics, we can't wait to see them back competing soon so that we can follow their hopes and dreams on their individual equestrian journeys.

FREE DELIVERY FOR ORDERS OVER £60 AND CHECK OUT dELIVERY BY CHELSEA!

QUALITY AND INNOVATIVE PRODUCTS across all our ranges

our virtual showroom experience is now live on youtube - do go and check it out!